“Get Down Saturday Night”

The weekend is nearly here, and we know what that means: disco dancing! And, who better to go dancing with than my wife and Disco Batman? No one! Of course, I had to borrow outfits from Disco Diva and Disco Dude, but the effort was well worth it. How many other people can say that they went disco dancing alongside Batman and the Bat Signal? 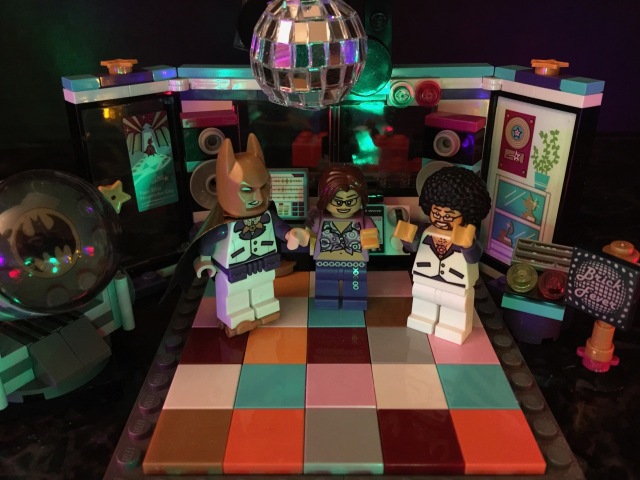 Feel free to play your own favorite late ’70s/early ’80s dance music while viewing this picture, although Oliver Cheatham’s “Get Down Saturday Night” works best.

A dad and loving husband who is also an easily distracted sf&f junkie, LEGO enthusiast, Phillies fan, and writer wannabe who really has too many other responsibilities to be working on his many different on-going projects.
View all posts by Matthew Appleton →
This entry was posted in Builds and tagged Matthew's Mini-Me. Bookmark the permalink.